After almost a decade of campaigning for better corporate governance at News Corp, we tried a different tack in 2007.

We put up our first ever shareholder resolution, proposing greater democracy and less power for Rupert Murdoch. It was a fascinating tussle and almost $5 billion worth of stock backed our proposal. Check out all the coverage from the 2007 Murdoch campaign.

Media coverage of the 2007 Murdoch tilt
The media have shown quite a bit of interest in our campaign to introduce real democracy at News Corporation.

Check out all the videos we have made commenting about Murdoch 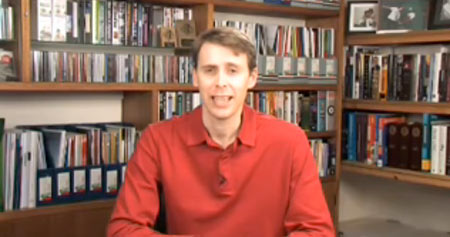 It has been too long since our last encounter so a planned trip to New York for a rumble with Rupert Murdoch at the upcoming News Corp AGM was revealed during this chat with Lindy Burns on 774 ABC Melbourne last Wednesday. The words were as follows:

Lindy Burns: you're heading to New York next month to butt heads with your old mate, Rupert. What are you going to say to him?

Stephen Mayne: I haven't been there for three years. Well the first one is Rupert, you are the world's longest serving CEO. You've been in the chair since October 1952, you're turning 80 next March, do you think at some point ...

Stephen Mayne: ... let someone else be the chairman? He's the executive chairman, he's got both top jobs. Sir Rod Eddington, of course, is the lead independent director, so he's the one who will tap Rupert and say it's time to go. So I will ask Rod a few questions about all that.

Does Rupert need to be paid $US17 million a year, when you are worth $6 to $7 billion? A few of those sorts of easy questions.

Lindy Burns: yeah, standard things I think. Can't wait to see if he comes up with a different reply.

Rupert usually attracts barely 50 News Corp shareholders to his AGMs in the Big Apple but this year could be different given the variety of issues which are swirling around the world's most most powerful media mogul.

The AGM will be hold on October 15, less than three weeks before the US mid-term elections where News Corp's Fox News is regarded as having sponsored and given rise to the loopy Tea Party movement which is dragging the Republican Party to the right and simultaneously undermining President Obama given the Democrats are expected to poll poorly.

Similarly, Laura Tingle's recent scathing attack on News Ltd's partisanship in The AFR, plus the controversy hurting Briitish Prime Minister David Cameron over his media adviser Andy Coulson are two other issues which deserve to be pursued at the AGM. Coulson was the editor of Murdoch's News of the World when it was allegedly hacking into the voicemail messages of a raft of people, including Cabinet Ministers. The New York Times has been the story a good shake as you can see in this package.

Murdoch has always been an extremely controversial figure but his cheerleading for the disastrous Iraq invasion in Australia, the UK and the US took him to another level. The fourth member of the so-called Coalition of the Willing was Spain and when its Prime Minister was axed, Rupert promptly appointed him to the News Corp board.

Tony Blair, John Howard and George W Bush have all disappeared off the stage yet rather than toning things down a bit, Rupert has spent the past couple of years being as controversial as ever and these are all issues which should be explored at the AGM.